The first meeting of the Human Resources Development Council of the Regional Commonwealth in the fields of Communications (RCC) was held on September 03, 2015 in Minsk. More than 40 participant took part in the meeting.

The topics of cooperation in the spheres of education, human resources development and management were discussed by the experts from the Republic of Belarus, the Russian Federation, the Republic of Kazakhstan, the Kyrgyz Republic, the Republic of Poland, Slovak Republic. Specialists from Armenia, Ukraine, Moldova and Tajikistan took online participation in the meeting. Among the participants there were O. Kaiykov, Head ITU Area Office for CIS, A. Kharchenko, Adviser of the Department for Humanitarian Cooperation, Political and Social Problems of the Executive Committee of the CIS, V. Kaptur, Chairman of the Steering Committee of the ITU Centres of Excellence for CIS.

During the opening speech D. Shedko, Deputy Minister of Communications and Informatization of the Republic of Belarus, underlined the importance of the meeting and human resources development in the spheres of telecommunication and information technologies.
Nurudin Mukhitdinov, Director General of the RCC Executive Committee believes that the experience of Human Resources Development Commission sets a good example for Human Resources Development Council of the RCC and its fruitful work.

The work of Human Development Resources Council of the RCC opened with a discussion on "Cooperation in the fields of education, human resources development and management in the RCC member-countries”, that was followed by presentation "On innovative solutions in education in the Republic of Belarus” by  O. Zenevich, head of the Higher College of Communications of the Republic of Belarus.

During the meeting the Work Plan of Human Resources Development Council  of the RCC for 2015 - 2017 was approved.

The topics  of legal provision and human resources management were addressed during a round-table discussion where representatives of the RCC Communications Administrations exchanged their views and experience in this area.

The topic "On the establishment and management of training centres on the basis of higher education institutions in the RCC member-countries“ was addressed and the following information was presented:

The experience of Eastern European universities in the implementation of training and skill development programs was presented by Wojciech Krištofik, Professor of Technical University of Wroclaw,  and Milan Dado, Professor of the University of Zilina.

The participants of the meeting expressed their gratitude to the Communications Administration of the Republic of Belarus, RUE Beltelecom and the RCC Executive Committee for the excellent Council of the RCC.organisation of Human Resources Development 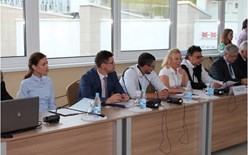 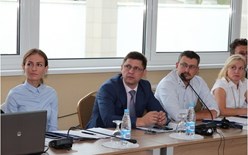 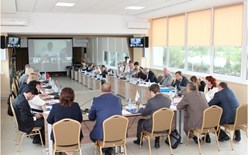 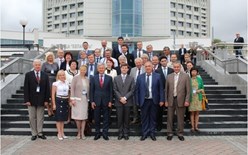